This website is part of the non-profit "Pa DanceNet" PaDanceNet.com , which oversees Yahoo dance announcement groups in several cities.

Who The Heck Is James Ingram ?? 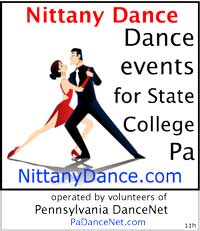